From the Lauren Laws Family

The beginning of this year I was digging my claws into Roman soil hoping that day would never come that I would be pulled away. Rung in the new year with two of my favorite mission companions watching our neighbors set off fireworks on their porch and then for three weeks I was saying good-bye to the people who had come to mean so much to me.

I landed back in America the 2nd to last day of January and came home to find Christmas still in-tact (though the tree was turning brown and shedding pine needles like crazy). Obviously I was excited to see my family after 18 months.

April I took my first screenwriting class and fell in love. I took another class in the Fall for television writing and this coming semester I will be taking two more writing classes. I love writing. Period.

I have been with my current boyfriend for 5 months and he is the sweetest. We have gone on excursions to San Francisco, the Tillamook Cheese Factory, and Oak City to name a few. Our favorite Indian-American fusion restaurant closed less than a week after we ate there for the first time.

Fall was consumed by producing a short film Weeping which was one of the greatest experiences a student could ask for. I made so many new friends and worked with talented, talented people. We are excited to finish it up in the next couple months. Heads up, it's going to be a wonderful little piece.

This year I've learned how important it is to surround yourself with good people and people who really care about you. I have some incredible people in my life who have supported me in my successes and in my failures. That is a blessing I try not to take for granted.

I learned about Instagram (saw the blessed day it came to Android users), Pinterest, and most ultimately, GetGlue.

I had a weird disease that made my face swell up like a muppet, two surgeries, dressed up like Katniss three times, met my two nieces, started getting obsessed with photography and got paid to do it a couple times, stopped counting how many friends were getting married, decided my dream is to work for NBC , started a girl's comedy group, etc. etc.

It sort of felt like a transitioning/figuring things out year. I am very excited for the one to come and all the plans I have.

Just looked at my blog home page and saw that we have hit exactly 20,000 page views.

Sometimes you have to get surgery and it's something you don't want to talk about because it's not a big deal...

But then everyone asks what you're doing over Christmas break and why don't you want to hang out and why are you going home for so long when that's sooo lame?

And you can blow them off in a vague sort of way that makes you seem anti-social and/or uncool OR you can make everyone uncomfortable by telling them...

When I would like to be like, "I have a pilonidal cyst...You know what that means? No? Well they are actually quite common but if you don't know what it is and don't care to know we can leave it at that. If you like gorey details I can explain further...and no I won't be showing anyone the scar afterwards. PS I already had this surgery back in Feburary but was better at hiding things back then."

And even though you don't really want anyone to know you sort of do when you're getting emails and calls and you just want to be like, "I am hyped up on vicodine because my rear end was cut up, rearranged, sewn up and handed back to me so give me a few days to get back to you!"

At the same time you desperately want everyone to call/email and tell you how wonderful and beautiful and normal you are and that everyone will love you no matter how many scars are on your butt. 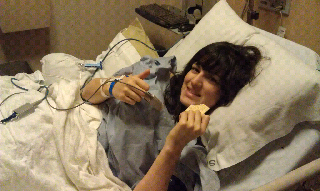 Then because I AM lucky I have gotten loving calls, texts, and books in the mail and goldfish and a snuggly blanket and new sweatpants. Alex and I are doing photoshoots for Christmas Cards if anyone is interested let me know.

Alex's 5D is our new favourite toy/pet/baby and we couldn't wait to test out the low light capacity it has. I suggested Christmas lights--because I love, love them as a light source. A couple walked up and asked if we wanted them to take a picture of both of us--in exchange we took some for them, turns out he is the brother of a friend of mine. Everyone is connected in Provo.

I love this half red half green photo with the pine tree in the background. Oh and that face is nice too.
Love, Lawsy at 2:18 AM No comments: